Grace Church has always led in the fight to stop the practice of youth solitary confinement. We called for it to end, publicly, and now we need to make sure it happens. However, we need your help in accomplishing this goal.

Please join us at Grace Church, along with the Alliance of Communities Transforming Syracuse (ACTS), if you are willing to learn about the issue and help out.

If you cannot attend, please consider helping us from home by researching “what works” in serving youth in custody. Please contact us at gracesyracuse@gmail.com with any helpful findings.

You can also help us by spreading the word, either in person or on social media. Using hashtags such as #GraceSyracuse #StopSolitary #EndSolitary and #SolitaryConfinement can be quite helpful when disseminating information about ending this practice. Spreading the word can go a long way in helping us with our fight. Please stay tuned to Grace Syracuse’s website, Facebook page, and other social media pages for more information 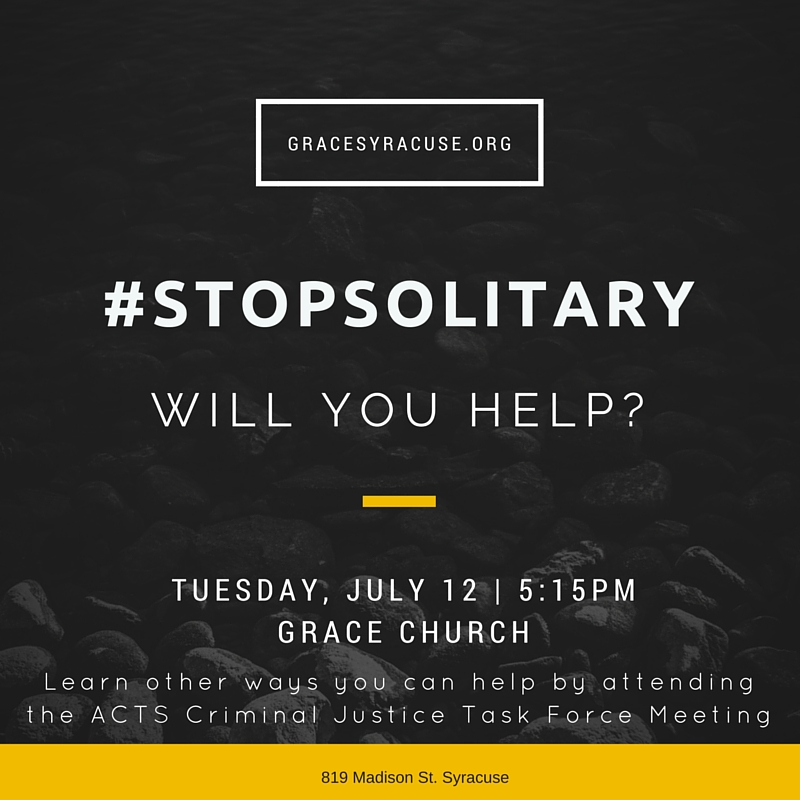