The Lark Ascending was performed on All Saints’ Day at Grace , by Sonya Stith Williams and  Robert Auler.

Listen below to enjoy!

On November 6th, join us at our 9:30am service as guest musicians Sonya Williams, violin, and Rob Auler, piano, perform The Lark Ascending by Ralph Vaughan Williams in place of a sermon. All Saints’ Day is an opportunity to remember and lift up in prayer all those who have died in the past year. We wil read the names of the departed before the musical offering. Williams and Auler play with Symphoria and many other professional music groups. 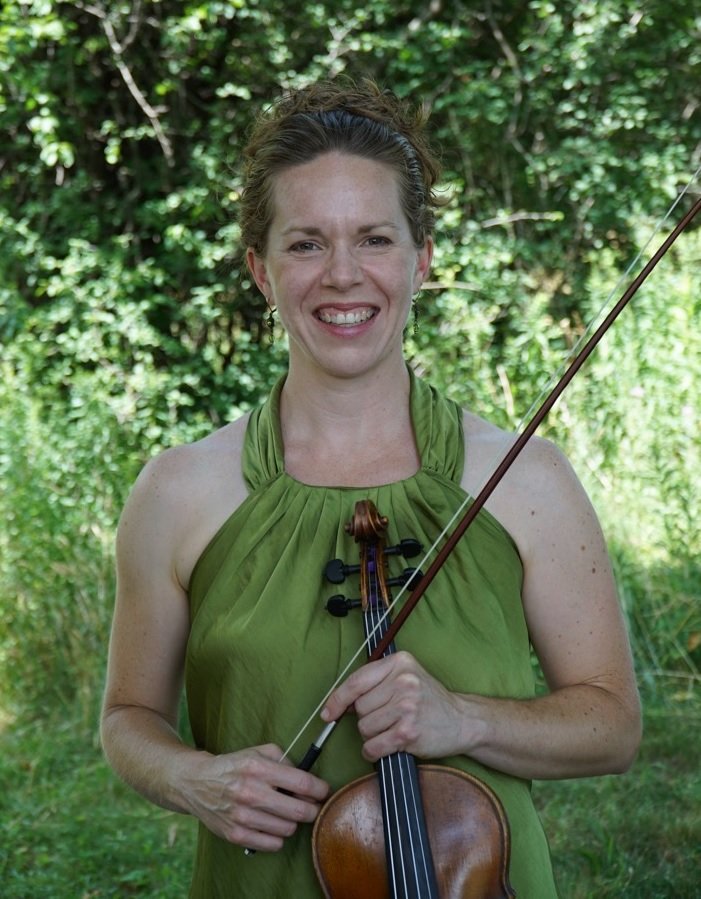 Sonya is assistant concertmaster for Symphoria, the musician-led orchestra of Central New York. She has been playing the violin since the age of five. Many practice years later she earned a BM in performance and an MM in performance and literature from the Eastman School of Music.

While at the Eastman School of Music, Sonya participated in two string quartet rural residencies in Kentucky. This experience of connecting with a small community was a memorable one and something that has proven to always be relevant, no matter the size of the town.

Sonya currently serves on Symphoria’s board of trustees.

When Sonya is not playing her violin, and possibly sometimes when she is, she is raising her three young children — Makenna, Caden, and Rowen — with her husband, Matt. They have revived an old farmhouse together, which is a process that is always “nearly” completed, in a location where they have ample space to grow a large vegetable garden. Sonya also enjoys running, and last summer completed her first triathlon. 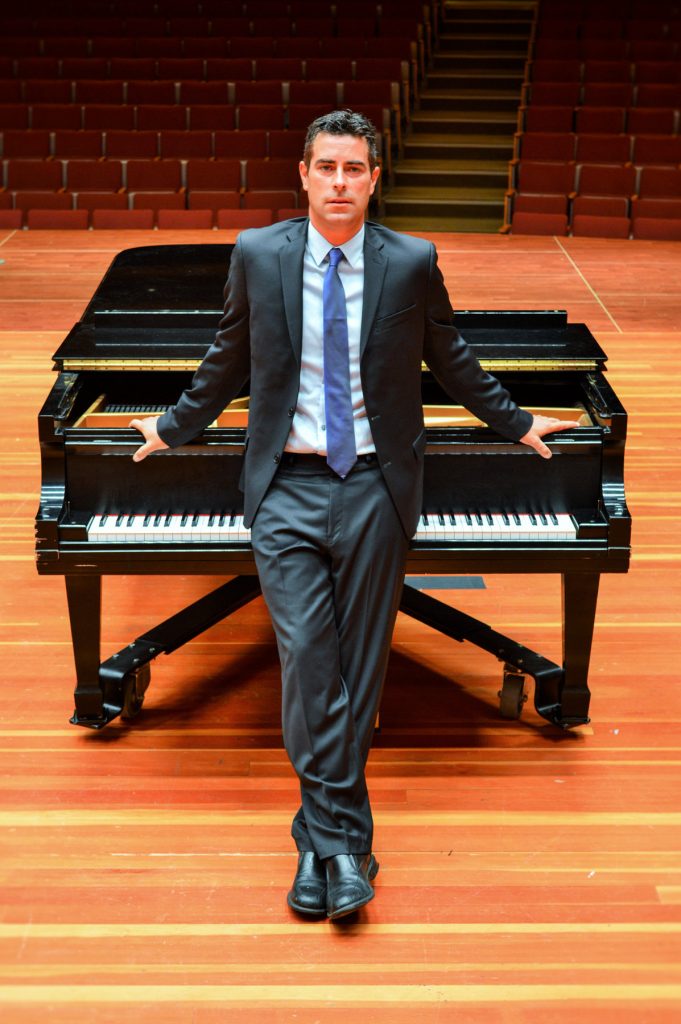 The New York Times commends Rob’s playing for its “extraordinary rhythmic clarity and expression.” American Record Guide cites his “elegant tone and uncanny sense of voicing.” The Charlotte Observer writes that he handles “technical and virtuosic concerns with aplomb.”

Rob has collaborated with composers such as Steve Reich, Aaron Jay Kernis, Carter Pann, and George Tsontakis, and with world-class ensembles such as the Ying Quartet, MIRO Quartet and Sybarite5. He is the founder and executive director of Laveck Concerts, a recital series that brings world-class classical music to an underserved portion of upstate New York.

Rob records for Albany Records, performs frequently with Society for New Music, and Symphoria, and serves as professor of piano at the State University of New York (Oswego). Rob and his wife, Tara, have a four-year old daughter, Katie, and a one-year old daughter, Caroline.

Ralph Vaughan Williams, the English composer, wrote The Lark Ascending in 1914, but World War I delayed its premiere until 1920. It was first performed by violinist Marie Hall, for whom Vaughan Williams wrote the piece. The Times of London wrote of the premiere that “it showed serene disregard of the fashions of today or yesterday. It dreamed itself along.”

Its lyricism and beauty routinely put The Lark Ascending in the top five most popular classical compositions in England, as polled yearly by the BBC.

The Lark Ascending is the central part of our service for All Saints’ Day, the commemoration of those who have died. The lark is a common bird in England, comparable to our sparrow. Vaughan Williams’s music presents this little bird flying higher and higher, until, as the violin fades, it disappears into the sky.

Vaughan Williams was inspired in part by a poem by George Meredith, also called The Lark Ascending. Vaughan Williams included these lines from the poem on the flyleaf of his published musical score:

He rises and begins to round,
He drops the silver chain of sound,
Of many links without a break,
In chirrup, whistle, slur and shake.
For singing till his heaven fills,
‘Tis love of earth that he instils,
And ever winging up and up,
Our valley is his golden cup
And he the wine which overflows
to lift us with him as he goes.
Till lost on his aerial rings
In light, and then the fancy sings.

Vaughan Williams composed and arranged many hymns for the Anglican Church. Most of today’s hymns are his.

In-person worship services at Grace Church are at 10:00 am Sundays. COVID-19 protocols include masks and hand-washing, and limited seating for social distancing (6 ft. apart except for members of the same household).