Samuel Kuffuor-Afriyie is an American born Ghanaian organist. He began his musical studies at the tender age of 8, learning the alto saxophone in his school band. He later took on the piano which has now brought him to the organ. As an emerging young African American organist, Sam’s goal is always to inspire young people, especially minorities who are not well represented in the field of classical music. He likes to encourage young people to get involved with music and learn an instrument. He also incorporate his love for contemporary and African music in his musical studies. In February of 2016, Sam was a prize winner of the Brooklyn chapter AGO (American guild of organist) scholarship award. Sam currently studies organ performance with Dr.Annie Laver at Syracuse University. Sam’s wish is to become a performer and motivational speaker who uses his talent to inspire and encourage young people, especially minorities in music. Sam’s devotion to Christ and the music ministry is what keeps him motivated. 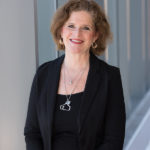 Susan Keeter, a lifelong Syracusan,  has been a member of Grace for nearly 20 years. She helped lead the church’s  celebrations of O-ku-ha-tah and St. Philip’s Church and produced the book, “Amazing Grace.” Her daughter, Sara, was an acolyte and daughter, Emma, cares for children during Sunday worship. Keeter’s family is multi-faith: Baha’i, Jewish and Christian.  Outside of church, Keeter works at Upstate Medical University in marketing and for MB Artists doing illustration. Most recently, Keeter and her daughters have been doing mission work in Ghana, focusing on reproductive health and disabilities.

Barbara Slater worked as a teacher at Corcoran High School. Since joining Grace Church in 2006, she has been a lector, taught Sunday School,  and been part of the team that operates Grace Church’s long-standing food pantry for the needy of the community. She has served as warden since 2018.

Service Times - COVID-19 Pandemic in-person worship suspended by the order of the Bishop until at least January 1, 2021